Nin is the oldest Croatian royal town. It is 14 km north-west from Zadar. It is situated in a shallow lagoon, surrounded by sandy beaches and the very center of the old town is situated on a island with a diameter of about 500m, connected to the land with two bridges.

Due to many sunny days and high sea temperature, bathing tourism lasts from May to September. It is the biggest find of medicinal mud Peloid in Croatia and one of the most important archeological finds in Croatia.

Nin is 3000 years old, founded by the Illyrian tribe of Liburnians in 9th century B.C. under the name Enona. During the Roman Empire, Nin is an important municipium and sea port under the name Aenona. In 7th century, upon the arrival of Croats to this area, it becomes their first political, cultural and religious center.

Nin is rich with numerous restaurants offering local and mediterranean specialties. All restaurants are 500m to 700m or 10 minutes walking from the campsite Ninska Laguna. Most of them are in the town center of Nin surrounded by historical sights.

Things to do in Nin

Walking thru historical old town streets for sightseeng and getting souvenirs

Things to visit in Nin

The Church of St Nicholas built in 11th century 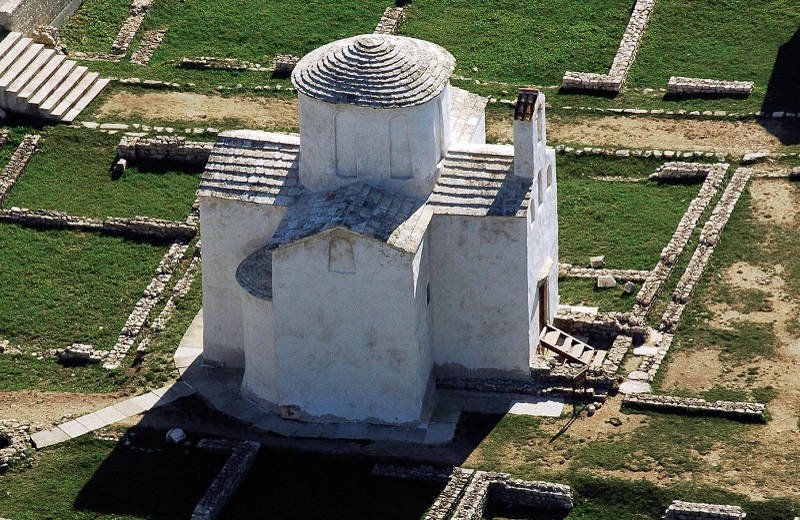 Remains of the Roman temple dated from 1st century

The Museum of Nin Antiquities